The Best Android Games 2020 list is now available on GamingChase. All top 10 Best android games are available to google play store for free. 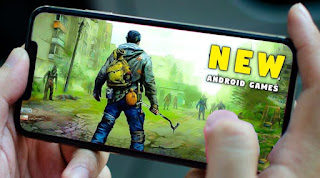 From the past years, android gaming gets a huge audience. When android games were made in 2000-2015, their graphics and controls are not too good. But from the last 5 years, Android games hit new heights every year. Now we can say that Android games are now equal to Pc games. Today we give you a list of some best games for android that are available on google play store for free and all games are not in the same genre. We give you 10 best android games available on google play store. We create this list according to its popularity.
Below is the list of 10 Best Android games for free!
This is the list of Top 10 Best Android Games and Popular Games on Play Store in 2020 and all these games are free to download.

Garena Free Fire is a Battle royal game that is developed by 111 DOTS studio and this game was published by Garena for Android and IOS. Garena Free fire becomes the most downloaded game on Google play store in 2019 and won the award of “Most Popular game” in 2019.

In Free fire 60 Peoples land on a big map and need to survive at the end. That player who remains, in the end, is the winner of the Game. You can Fight and kill other players with weapons and you find weapons on houses and from killing other players. Garena Free fire is also on the number 1 spot in the 2020 list for now.
You can Download Garena Free fire for Free from Google Play Store.
Also Read: GTA 6 Release Date 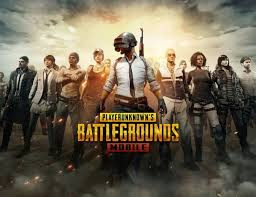 PUBG Mobile and Garena free fire have similar gameplay but pubg mobile is only for high-end devices and also has a better graphics quality than free fire.

Pubg Mobile is an online multiplayer battle royal game that is developed by the PUBG corporation of Bluehole Company and published by Tencent Games in the association with the Lightspeed and Quantum StYHey udios. PUBG Mobile is not on the number 1 spot on google play store but still, this is the most famous and popular game in 2020.

PUBG Mobile is similar to Garena free fire but in pubg mobile total of 100  players were landed on a map and players need to survive at the end. PUBG Mobile is still better because of its graphics and gameplay.
You can download PUBG Mobile free from Google Play Store. 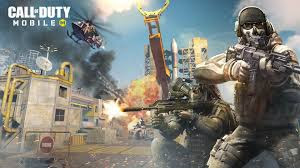 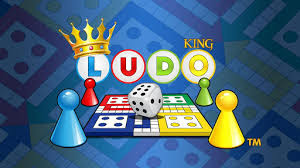 Ludo King is a free to play Indian application that is developed by Indian studio Gametion Technologies Pvt Ltd. Ludo King was first released in 2016 for apple store and rank No. 1  in the top free games category. This is the first Indian gaming app that crosses 100 Million downloads.
Ludo king app is a board app and has 4 modes. You can play ludo with your friends and also with the computer. This game gets a spot on the most popular games in 2020 because of the COVID-19 pandemic. That time Whole country is in Lockdown that’s why most of the peoples play ludo game with their friends
.
You Can download the Ludo King app from the Google Play store.

Lords Mobile is a strategy based game that is developed and published by IGG and is available to download on Android and iOS. This game is free to play and can be download on google play store. According to reports, this game is one of the top-grossing apps on the Google Play store and app store.
Lords Mobile has different gameplay modes with many different characters and all have different abilities. You need to protect your kingdom and attack other players’ kingdom. You need a strategy for protecting your kingdom with your best army. Game reports say that this game has 200M active players worldwide.
You can download the Lords Mobile Game for free from the Play store.

Clash of Clans is a strategy mobile video game that is developed and published by Finnish game developer by Supercell. This game was released for the app store in 2012  and for google play store in 2013.
Clash of Clans is set in a fantasy world where the player is chief of a village. You can create your own world by collecting resources. You get resources by attacking other players’ villages with your own allies. The main resources in the game are gold, elixir, and dark elixir. This game was released in 2013 but still, this game managed to spot in the best android games and many millions of players are active on this game. Clash of Clans is still one of the best android games in 2020.
You can download it for free on the Play store.

Pubg Mobile lite is the same game as Pubg mobile but Pubg mobile is for high-end devices only but pubg lite is for low-end devices who don’t have 4GB ram can play lite and enjoy the original gameplay same as pubg mobile.
In Pubg Lite game 60 players landed on the island can survive in the end. You can see good graphics but not the same as the original PUBG Mobile And not the same map the same as PUBG mobile. But this game is also awesome and best battle royal game for low-end devices.
You can download this game on Google Play Store. 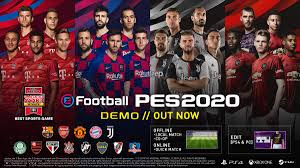 eFootball PES 2020 is a football simulation game and developed by PES Production and published by Konami. This game is the 19th installment in the pes series. This game completes 300Million downloads by June 2020.
This game has a single and multiplayer mode and you can also play by choosing your favorite player but you need money to buy your favorite player and other items like halls and stadiums. This game is one of the best and most popular games in the sports genre.
You can download this game from Google Play Store. 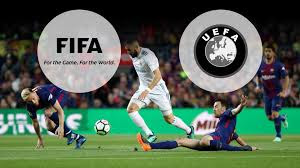 FIFA Football is one of the best android games 2020 in sports.FIFA Football helps you to create your team with your favorite player. You can play with your friends in the 11 vs 11 teams. You can create your own strong team. you get rewarded according to your monthly and weekly rank. Championships are also available in this game.
You can download this game from google play store. 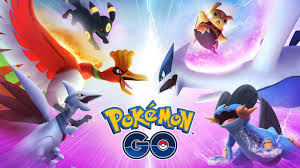 Pokemon GO is a 2016 game based on the pokemon cartoon that is developed and published by Niantic and they collaborated by official pokemon company and made this game. This game has a different concept in gaming. Players need to go outside in real life and find the Pokemon in-game.
This game has completed 500M downloads at the end of the year. By 2019, the game has reached over 1 Billion downloads with $3Billion in revenue. You can take experience in the pokemon world in this game. This game was released in 2016 but it managed to 100m+ Active players in 2020. Pokemon GO is one of the best android games in 2020.
You can download this game from Google Play store

This is the complete list of 10 Best Android Games and Popular Games on Play Store – 2020. hope you like all these game and enjoy it. If any game is not on the list then please make a comment and help us and we add that game in the list for sure.
Stay tuned for more awesome gaming content.