This is a fact that DB Xenoverse is not an official release for Android. But today am will tell you how to play dragon ball Xenoverse 2 on Mobile for free.

How to Play Dragon Ball Xenoverse 2 on Mobile 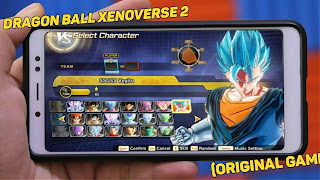 Dragon Ball Xenoverse 2 is not officially released for Mobile but today am Going to tell You how you can play DB Xenoverse on Android. You can play this game with help of Gloud Games.

Cloud Gaming is a gaming service that allows you to play any PC and PS4 Games on Android. Gloud Games is a cloud gaming emulator where you can play all your Pc, Xbox Games for free. you do not need to pay for playing your favorite games. But you only play your games free for 30 minutes daily not unlimited, also in the Chinese language not in English After 30 minutes you pay some money for playing more than 30 minutes.