Mumbai Based Game Studio, GameEon started to work on a New Game Based on Mumbai Location, and the title of the Game is Mumbai Gullies and this game will be an Open world game Like GTA Games. Also, Nikhil Malankar said in an interview that this game idea is inspired by GTA Vice City.

So we can say that This game is also an open-world game like GTA Games but they already said that this game is not gonna be the same as GTA vice city. They said this game is inspired by GTA Vice City but the Game will be on a Whole different Level. Also, The graphics of this game will not the same as GTA vice city.
In the interview, Nikhil Malankar mentioned that the game has spent nearly five years in development already and that they had kept it under wraps due to the sheer scale of the project.
He said We wanted a game that would represent our city, just like GTA Vice City.”

Nikhil Malankar named this game “Mumbai Gullies” for now. They said this game is also set in an open world and will allow players to explore virtual city-like environments within the game and you also have missions to complete.

This game will focus on a Single-player storyline but if Developers get a Good response then we also have a possibility for Multiplayer modes like GTA 5 Online.

Nikhil Malankar did not say anything particular about the release date but they said this game takes at least 2 Year time because they want to make a perfect open-world Indian game so this game represents India.
He also said that the development of a game that is inspired by Mumbai has been in the works for at least five years and he was waiting for the right moment to begin such a large-scale project. 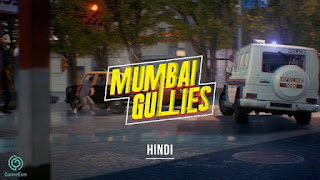 Mumbai Gullies is Developed by Mumbai Based Gaming Studio named “GameEon”. GameEon is not a new gaming studio, they already have 30+ Games on the Google Play Store with a total download of 100Million+.
They already make many android Games and most of them have a very positive rating on Google Play Store. But this game will be a PC Game. we are not sure that this game will be released for android or not but In an interview with MoneyControl at the India Game Development Conference on 17th November, Nikhil Malankar confirmed that Mumbai Gullies will be a PC Game.

These requirements are meant to be changed on the final release. This may vary as the game is in the testing phase.

Mumbai Gullies is not released yet for any platform so you will not find any download link. But when Mumbai Gullies will be release then we will surely provide you a Mumbai Gullies Game download Link for PC & for Android.
DOWNLOAD LINK NOT AVAILABLE

We already wrote about the Full details on Mumbai gullies system requirements for PC.

Mumbai Gullies download Link is not available yet because this game is still under development.

Developers said that this game Will released for PC and if they get a good response then they also make Mumbai Gullies Android Apk.

Developers did not share anything about this but mostly PC Games will be Paid but we are not sure that this game will be free or paid.
“When Something Latest News Comes about this Game then we will Update the Article. “